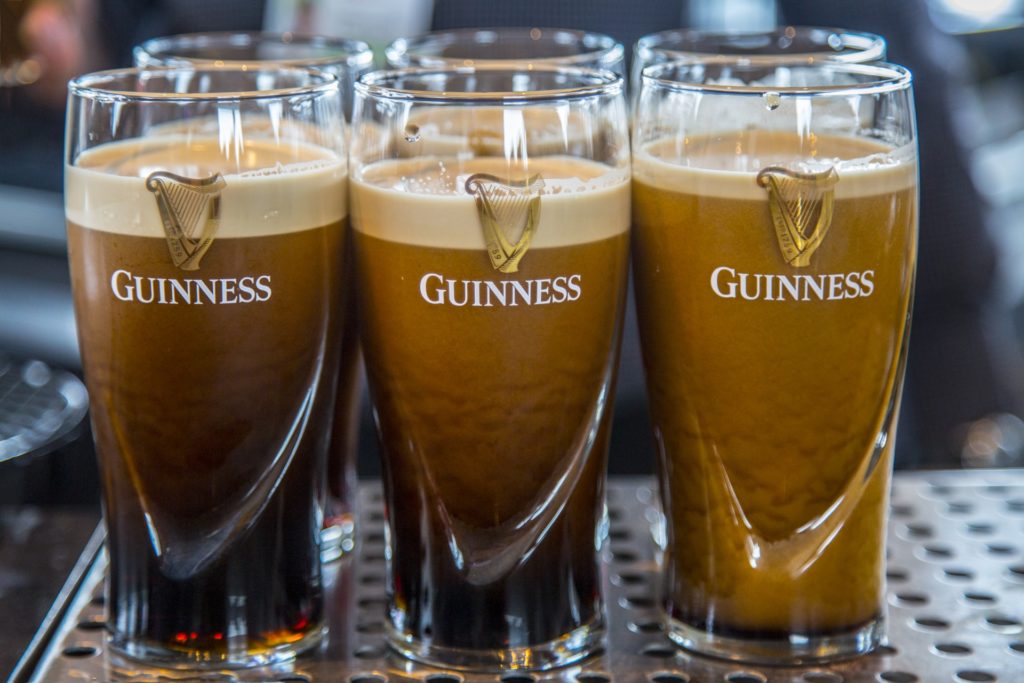 Guinness Is Good For You!

Whether you enjoy a pint of Guinness on a regular basis, occasionally take a sip, or have never acquired a taste for this bittersweet, malty tasting, black looking beer, cobbled together below are eight interesting facts about Guinness that might surprise you.

Because I own a walking company and visit Ireland often, and because the locals in Ireland seem to substitute Guinness for water, I’ve had ample opportunity to enjoy a pint or two myself. My first taste of Guinness was at the Guinness Brewery in Dublin, Ireland, way back in 1972.  The pints were free, and you could enjoy as many as you liked!  Enjoying a Guinness straight from the tap in Dublin is a must for Guinness Lovers or those trying it for the first time.

Okay, so here are seven interesting facts about Guinness.  Please note that the seventh “fact” comes from the mouths of a group of true Irish folks gathered around a large table in O’Connor’s Pub in Doolin, a small fishing village in County Clare, Ireland.  They were a happy group and, through example, strove to prove the eighth “fact”.

So, there you are.  At this point, I hope I’ve enticed you to head out for a Guinness just to test the “freshness” of a pulled pint for yourself.  On the sides of many buildings in Ireland, there are large graphics stating that “Guinness if Good For You!”  The only way to determine the truth of that adage is to try a few pints of Guinness yourself!

P.S. If you’d like to try a Guinness for yourself from the fresh lines in Ireland, join our September 2-12, 2019, walking tour in Counties Clare and Kerry in SW Ireland.   You’ll be glad you did.  Walking Tour in Ireland

A special thank you to PublicDomainPictures.net for use of their photo of six pints of Guinness waiting 119.53 seconds before being topped off.